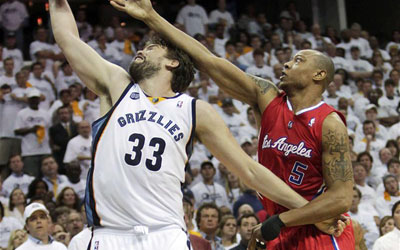 The NBA Board of Governors has approved Robert Pera’s bid to own the Memphis Grizzlies.

The league’s Board of Governors voted unanimously Thursday to approve Pera’s group during its meeting at the St. Regis Hotel in Midtown Manhattan, ambulance league spokesmen said.

“We are delighted that the NBA’s Board of Governors has approved Robert Pera’s purchase of the Grizzlies,” said NBA Commissioner David Stern in a statement. “Robert will no doubt bring great energy and passion to the franchise. He has assembled an ownership group with very strong local ties, and we anticipate that their commitment to the Memphis area will greatly benefit both the team and the community.”

The board is made up of the 30 controlling owners of each team. A three-fourths vote was required to admit Pera to the small circle of majority owners.

Pera must still close the deal with current owner Michael Heisley, a process that could take a few days. But the NBA’s approval, which comes after a months-long vetting process, was viewed as the most significant hurdle for Pera’s bid.

Pera’s representatives have said he will not speak until after he closes the deal with Heisley.