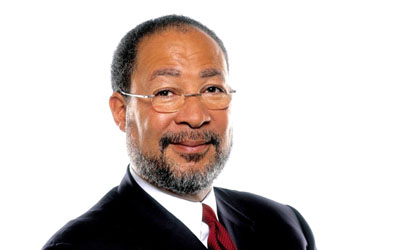 The National Basketball Association (NBA) has appointed the formerly chairman of media giant Time Warner and Citigroup, Richard Parsons, as the interim chief executive of the Los Angeles Clippers.

The NBA made the announcement after removing owner Donald Sterling from the franchise last month amid a racism storm.

Sterling was banned from the NBA for life after celebrity watchdog website TMZ broadcast offensive remarks made by the 80-year-old to a friend.

Clippers president Andy Roeser, who upset some people with a press release supporting Sterling after the incident, had been in charge but he took an indefinite leave of absence last week.

Team owners are expected to push to remove Sterling as owner before the end of the month but the business magnate will almost certainly consider a legal challenge that could prove very lengthy.

“I believe the hiring of Dick Parsons will bring extraordinary leadership and immediate stability to the Clippers organisation,” NBA commissioner Adam Silver said.

“Dick’s credentials as a proven chief executive speak for themselves and I am extremely grateful he accepted this responsibility.

Parsons added: “Like most Americans, I have been deeply troubled by the pain the Clippers’ team, fans and partners have endured.

“As a life-long fan of the NBA, I am firmly committed to the values and principles it is defending and I completely support Adam’s leadership in navigating the challenges facing the team and the league.”