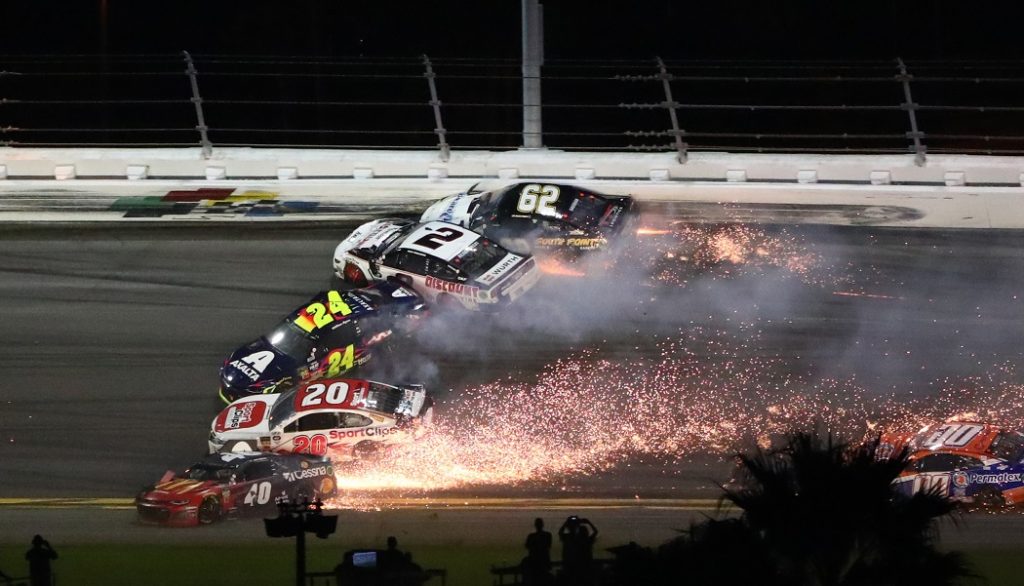 NASCAR is looking for the arrival of legal betting to boost interest in the homegrown American motor series whose 2019 season began with a spectacular running of the Daytona 500 on Sunday.

Fox pulled a 5.5 overnight rating for Denny Hamlin’s win in the fiery race, an increase of 8% from a record low 5.1 for last year’s race.

“We see a tremendous fan engagement opportunity in the gaming space both for the sanctioning body and the larger NASCAR industry,” Brian Herbst, NASCAR vice president of global media strategy and distribution, told USA TODAY Sports.

“We’re in the process of refining our gaming strategy and the new props game on NASCAR.com is an example of priming the ecosystem and getting fans accustomed to the idea of in-race betting.”

NASCAR’s in-house fantasy game has been in place in past seasons. The new branded Props Challenge with players competing for free with weekly prizes awarded.

A big change this season is that NASCAR will allow teams to take sponsorships from sports betting companies. No team as of yet has entered into such a deal. Teams and tracks have been already able to partner with brick-and-mortar casinos.

NASCAR may also follow American big leagues in having an official gaming sponsor, could potentially license some of its proprietary data, and there is no alternative source for this inside information.

The new policy does not apply to NASCAR-related fantasy sports participation as long as the prize money isn’t over $250.