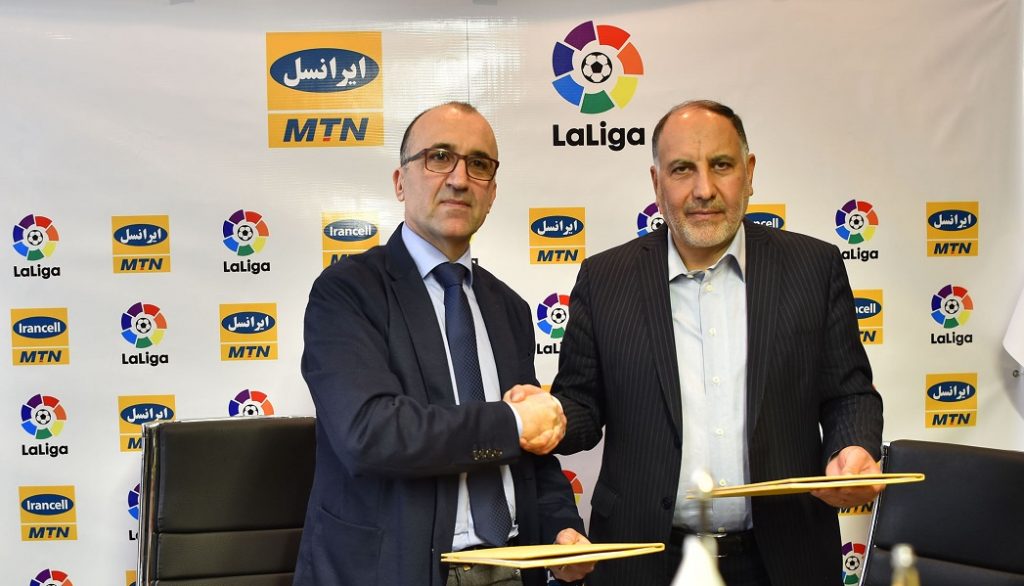 LaLiga continues to press ahead with its internationalisation process by teaming up with a telecommunications company with over 230 million customers in Europe, Africa and the Middle East

LaLiga’s new local partner, Irancell, is a leading telecommunications company with over 50 million customers in Iran and a total of over 230 million distributed throughout more than 22 countries in Europe, Africa and the Middle East.

“This agreement amplifies further the global recognition of LaLiga brand all around the world and help us to connect and engage further with our millions of fans in Iran in very innovative way,” said LaLiga’s corporate managing director Javier Gomez.

“We’re proud to see the passion awakened by LaLiga in Iran and connect more with our loyal Iranian football fans,” assured the LaLiga ambassador Fernando Morientes.

Through this strategic agreement, LaLiga will be able to build closer ties with its followers in Iran, one of the countries where Spanish football is most widely and passionately followed. Thanks to this collaboration and the structure and scope of the Iranian company’s network, LaLiga’s content will reach the Iranian fans more readily than ever.

“Associating LaLiga with the leader of Telecom in Iran allows us to innovate in terms of content production and content distribution. This is a world first sponsorship and telco content agreement for LaLiga and we are honoured to undertake this disruptive journey alongside a great company such as MTN Group and MTN Irancell,” Gregory Bolle finished by saying.

With this agreement, LaLiga continues with its internationalisation process, which has turned it into a prestigious global brand and a competition which is now watched in 182 countries worldwide with a global audience of 2.5 billion spectators.

LaLiga also has nine offices around the world. Those in Madrid and Barcelona are joined by others in Belgium, Nigeria, South Africa, the United Arab Emirates, India, two in China, and one in Singapore.

Additionally, as of this summer, LaLiga has 44 international representatives working in different strategic foreign territories, including its representative for Iran, Khais Rahmanie.