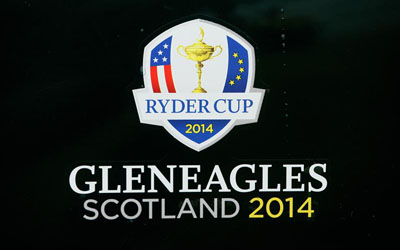 Ryder Cup Europe has signed a deal with family-owned company Baron Philippe de Rothschild SA, ampoule for Mouton Cadet to be the Official Supplier of Wine to the 2014 Ryder Cup at Gleneagles in Scotland and to the 2018 Ryder Cup at Le Golf National near Paris in France.

José María Olazábal enjoyed the hospitality of his host, Philippe Sereys de Rothschild, son of the Baroness Philippine de Rothschild, President of the Board, to inaugurate the new Ryder Cup partnership, which follows Mouton Cadet becoming The European Tour’s Official Wine Supplier in 2012.

Mouton Cadet joins an august family of Ryder Cup sponsors and Hugues Lechanoine, Managing Director of Baron Philippe de Rothschild SA, commented: “In 1930, just three years after the first Ryder Cup was played, Mouton Cadet was created by the Baron Philippe de Rothschild. I am thrilled to see that almost a century later we share, under the same etiquette, the values of tradition, elegance, conviviality and respect. José María has made us a real honor to bring the Ryder Cup for everyone to admire. We share the same passions – a love of golf and fine wines – and we look forward to an exciting and fruitful partnership.”

Scott Kelly, Group Marketing Director of The European Tour, who also attended the celebratory lunch, added: “We are extremely grateful to Baroness Philippine de Rothschild for her generous hospitality and to Monsieur Sereys de Rothschild for his warm welcome at the Château. Hugues and his colleagues from Mouton Cadet were with the team at Medinah in their new capacity as Official Wine Supplier to witness that incredible comeback and we are delighted to announce the extension of the agreement for the 2014 and 2018 Ryder Cups.”