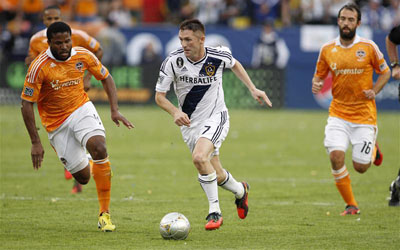 Major League Soccer (MLS) have announced new and expanded television agreements across Asia, buy increasing MLS’ exposure to the majority of the world’s most populous continent, and reaching new fans in China and Japan.

MLS has expanded its partnership with China’s Le Sports from live stream across digital platforms to now include televised live games in mainland China.

The Le Sports and MLS digital partnership, announced in 2015, has been expanded to a television deal to include multiple live MLS regular season matches per week; the AT&T MLS All-Star Game; the Audi 2016 MLS Cup Playoff games and MLS Cup.

In addition, Le Sports will continue to carry highlights, player features and other MLS content across its digital platforms.

Gary Stevenson, President & Managing Director, MLS Business Ventures said: “As we continue to expand the League’s global reach, China is a priority market for our growth. This expanded partnership with Le Sport provides our growing fan base with an additional opportunity to consume MLS.

Le Sport’s commitment to increase MLS’s footprint across their extensive media platforms is a terrific example of our partnership with one of China’s leading media companies,”

“We are very focused on broadening our reach in the Asian market and the Le Sport and Fuji deals announced today are a big part of that growth.”