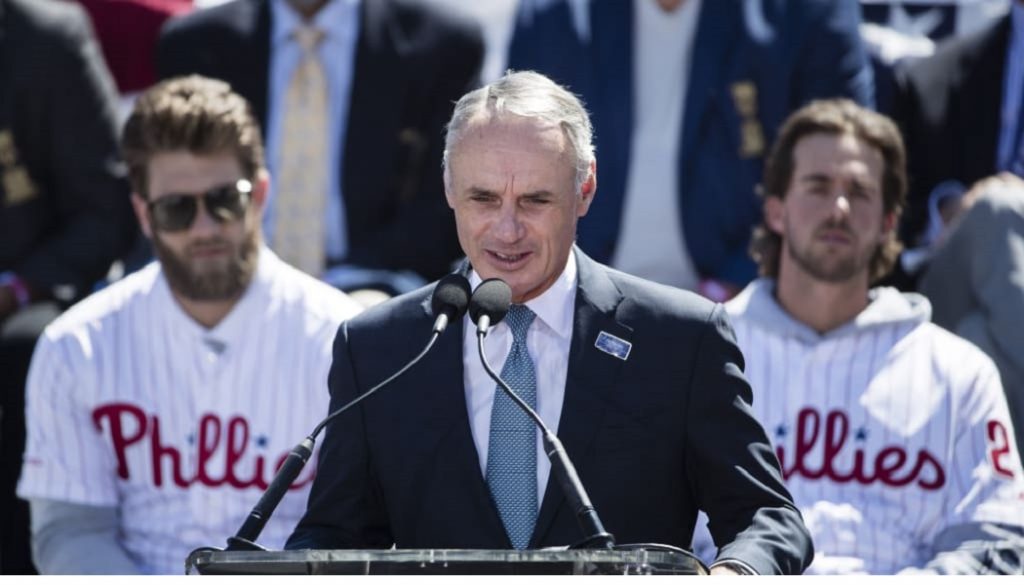 Major League Baseball has confirmed Philadelphia as the venue for the 2026 All-Star Game to mark the 250th anniversary of the Declaration of Independence.

It will be the fifth time the city has hosted an All-Star Game. It most recently hosted at Veterans Stadium in 1996 and 1976, which was the country’s bicentennial.

The game will be held at Citizens Bank Park, home of the Philadelphia Phillies and will host approximately 100,000 fans.

Phillies managing partner John Middleton said: “It was a really easy sell to baseball to host the game here in Philadelphia. It’s the logical place.”

MLB Commissioner Rob Manfred said: “We’d been talking to David about it for a while. I think it was something that was really important to him for the city of Philadelphia. He was passionate about it. It’s not easy to do seven years out. There’s a lot of logistics that need to be handled with extra lead time. Everybody worked hard to make it happen. I think a big part of that was wanting to deliver for Dave, not just me but the Phillies organization and a lot of people in New York.”

“I really don’t believe we would have made this announcement today without David being the driving force behind it. He has that quiet ability to persuade, and because he’s such a good person, he’s very difficult to say no to. It’s a tribute to his devotion to the city that he took this project on.”