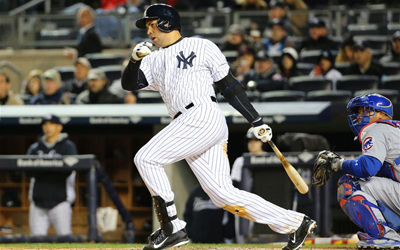 The league is designed to support youth development in Puerto Rico, which has a rich baseball tradition, having produced MLB legends Orlando Cepeda and Roberto Clemente.

The league consists of two four-team divisions and gives players between the ages of 14-17 more chances to refine their game.

Rob Manfred, MLB’s chief operating officer, said: “For decades, the island of Puerto Rico has left an enduring imprint on the diversity of our game. Major League Baseball remains dedicated to providing ample opportunities for the youth of Puerto Rico to participate in the game year round.

“In the spirit of our other local programs, such as the Puerto Rico Baseball Academy and the Passed Over Showcase, the Puerto Rico Summer League will serve as an immense resource for those players who wish to remain on the field during the summer months, while also presenting the Major League clubs with an additional outlet for scouting.”

The number of Puerto Rican players in MLB has dropped in recent years, with 11 starting the present season, including Carlos Beltran (pictured) of the New York Yankees, compared to 34 back in 2005.

Tony Clark, executive director of the MLBPA added: “Increasing and advancing playing opportunities for young players is a priority of active Major Leaguers in general, and Puerto Rican players in particular, especially opportunities that provide young players with expert coaching and training,”

“Puerto Rico has produced some of the greatest players to have played our great game, and the creation of the new summer league honors previous generations of Puerto Rican Major Leaguers and provides a new path for future generations to follow.”