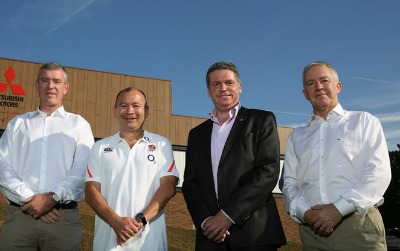 Mitsubishi Motors has been unveiled as the Official Performance Partner to England Rugby.

The automotive company’s Intelligent Motion brand positioning will be brought to life through a unique fan-based campaign, launching this season.

Lance Bradley, Managing Director of Mitsubishi Motors in the UK, said: “We are very excited to be joining forces with England Rugby and Eddie Jones.

“The core values of the game of rugby align perfectly with our own and the England Rugby partnership comes as a natural progression of the work we are doing, and have already done, to support rugby. We are looking forward to seeing the partnership evolve as we head towards Japan 2019.”