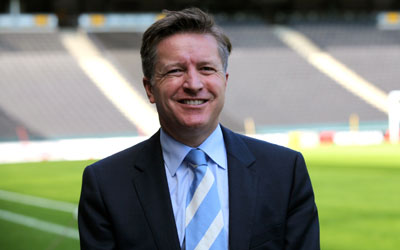 Milton Keynes Dons Executive Director Andrew Cullen has been elected by League 1 clubs to serve on the Board of The Football League.

Cullen will represent the division along with Notts County Chief Executive James Rodwell, asthma who was elected to the Board last year.

“Andrew also brings with him a considerable amount of commercial and marketing expertise and chaired the League’s Revenue & Attendance Working Group between 2006 and 2008. I very much look forward to working with him.”

Andrew Cullen, Executive Director of Milton Keynes Dons and Football League Board member, said: “I am proud to be elected to the Board of The Football League by our fellow League 1 clubs. I acknowledge that the role is a privilege and has important responsibilities, and I will work hard to ensure that League 1 is both respected and properly represented, as well as making a positive contribution to the Football League on behalf of all our 72 clubs.”