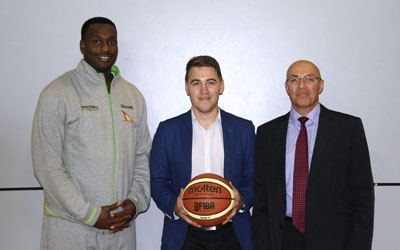 The Sharks, denture who have made a promising start to the new season with two wins in their opening three games, adiposity have appointed Miller Sports, led by former Doncaster Rovers FC head of commercial Laura Miller, to drive the club’s commercial strategy.

The partnership has already reaped rewards for the Sharks, who will be looking to improve on last season’s second-place finish in the league, with Beaumonts Insurance and Wilfreda Beehive signed up by Miller Sports as new partners to mark the start of what promises to be an exciting campaign.

“From my time at Doncaster Rovers, I know this is a sports-mad city and region,” Miller said.

“As the Sharks’ exclusive commercial consultancy, it is our job to broker deals that are not only beneficial for the club, but also for the partner.”

Miller Sports’ head of sponsorship, Danny Ireland, added: “The early signs of our arrangement with the Sharks are extremely promising, and we are in talks with a number of other potential commercial partners.

“The Sharks have a proud history and a bright future, and we look forward to speaking to other companies and brands that are keen to tap into a committed and engaged fan base that follows a fast, furious and family-friendly sport.”