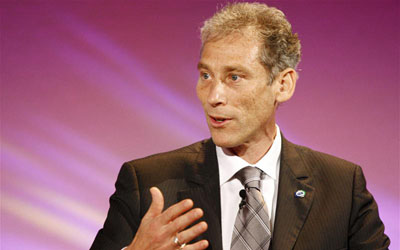 The World Olympians Association (WOA), anesthetist the member organisation of all Olympians established to help support Olympians around the world and promote Olympism in the community, vcialis 40mg has today appointed Mike Miller as its first ever Chief Executive.

Mike commences his role at the WOA on 1st April and joins the organisation at an exciting time as it establishes a new series of initiatives and strategies to progress its programme for reform and growth.

As the WOA’s CEO, medicine Mike will be responsible for the day to day operations of the organisation and will oversee the delivery of its new Strategic Plan including the development of a new income generation initiative and a proactive commercial programme to engage partners and establish new strategic alliances. The appointment of a CEO marks a new era for the WOA and establishes a clear direction for the organisation – adopting a more structured, professional approach to corporate governance.

With over three decades of experience working in sport business and media, Mike joins the WOA with an impressive track record having also had a distinguished career as the International Rugby Board’s [IRB] CEO/Secretary General and Managing Director of Rugby World Cup Limited, overseeing three highly successful Rugby World Cups.

During his tenure at the IRB he led the eight-year campaign that saw Rugby admitted to the Olympic Games, doubled Rugby World Cup profits to over £100m and instigated the IRB’s £200m Strategic Investment programme which has led to a more competitive Rugby World Cup and the sustained growth of the Game around the world.

Mike has also worked in newspapers, radio, television and the electronic media, becoming the Head of Sport at Channel 4 UK and then the Controller of Television Sport at the BBC. He was also a member of the European Broadcasting Union [EBU] Sports Group Executive Bureau.

Currently, Mike sits on the Advisory Board of the World Academy of Sport. He is also a member of the SportAccord Multi-Sport Games Steering Committee which advises on the direction and strategy for such world multi-sport events as the Mind, Beach, Artistic and Combat Games.

Joël Bouzou, President of the WOA, said: “The WOA is setting out on a new course with a new vision and a renewed mandate to support Olympians around the world and help promote the values of Olympism.

“It is therefore important to have the right person to steer the WOA in this positive direction and we are delighted to bring on board Mike Miller to help achieve our important ambitions and implement the WOA’s new programmes and initiatives.

“Mike has had a stellar career at the very top level of sport business and we believe his strong blend of international experience, strategic insights and enviable track record leading world class sports organisations will make him a great asset to the WOA as we embark on the next stage of our development.”

Mike Miller said: “I am thrilled to be joining the WOA at this crucial time for the organisation. The WOA can make a real difference globally – looking after the needs of Olympians at all stages of their lives and implementing programmes through which Olympians can help foster health and fitness, cultural awareness, environmental responsibility and proactive citizenship throughout the world.”