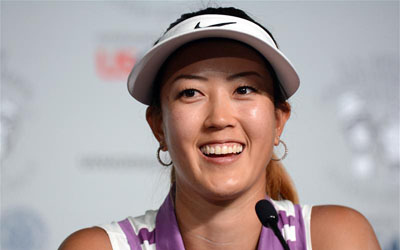 Child prodigy Michelle Wie finally realised her potential by winning her first major trophy yesterday securing the U.S. Women’s Open title at Pinehurst and is now expected to reap the benefits of the win with increased sponsorship commitments.

She came to prominence 12 years ago, when she made her first major cut at the Kraft Nabisco and then two years later, when as a 15-year-old she finished came second at the LPGA Championship and then third at the Women’s British Open.

She then embarked on trying to succeed in male tours but this had an adverse effect with Wie struggling with her game the last couple of years.

But Wie recently picked up a win on the LPGA and has now triumphed on the biggest stage of all for Women’s golf and is expected to increase her sponsorship earnings significantly.

Nigel Currie, a sponsorship expert and brandRapport consultant, told iSportconnect: “She’s always proved to be very attractive to sponsors and this is a long overdue victory.

“It will be hugely beneficial for her.  Once you have a Major on your cv it will certainly attract new sponsors and no doubt trigger some bonuses from her existing sponsors.”

Jim Andrews, a Senior Vice President at sponsorship consulting firm IEG, added: “The major win certainly adds to her marketability. It opens up additional opportunities with sponsors in categories that want to associate with peak performance, skill and other attributes associated with winning and competitiveness.”