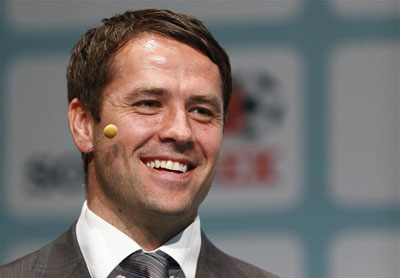 The former Liverpool, Real Madrid and Manchester United striker, who is now a football pundit, will provide columns and endorse the brand over social media platforms. His first column and tweets will go live at BetVictor.com and @BetVictor on Monday evening as he previews the full programme of midweek Premier League fixtures, especially the visit of one of his former Clubs Manchester United to the Emirates in a vital game for both sides.

BetVictor Chairman Victor Chandler: “Michael is a genuine sporting icon, instantly recognisable throughout the world and, as a global brand, we see Michael and BetVictor as the perfect fit and are delighted to welcome him on board.

“Michael has played for some of the biggest football Clubs in the world, had a glittering international career and we are looking forward to working with him. He will be sharing his forthright views and opinions with BetVictor customers on the big sporting topics of the day but especially football and horseracing which Michael is so passionate about.”

On the announcement, Owen said: “I am delighted to announce my ambassadorial role with BetVictor. As a genuine sports enthusiast it’s very exciting to be involved with such an established and vibrant brand. With my sporting experience and knowledge, as well as my social media reach on Twitter and Sina Weibo, I am really looking forward to helping BetVictor develop and expand their brand into new markets around the world.”