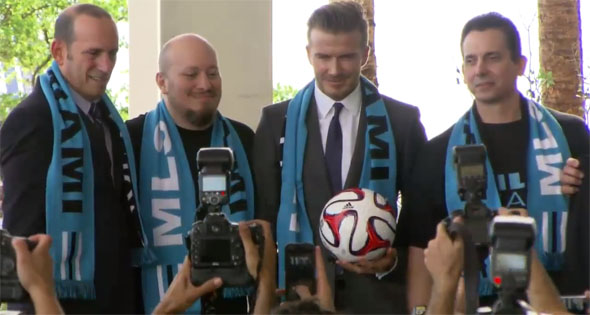 David Beckham’s efforts in securing a location for his Major League Soccer (MLS) franchise have been knocked back after the city of Miami rejected his recent plan to build a football stadium on a city waterfront.

The group is required to finalise a stadium deal before it can win approval from MLS, the US professional football league, to open a club.

Scrutiny of the deal rose sharply after the city provided $500m (£298m) in public funding to build a new stadium for the Miami Marlins baseball team.

In the statement, Beckham said the second site, sandwiched between two museums and the Heat arena, was suggested to his team by the mayors of Miami and Miami-Dade County.

‘Our package was the most equitable soccer stadium proposal that Miami, or any other city in America, has ever seen – 100 percent privately funded without any local taxpayers money,’ the statement said.