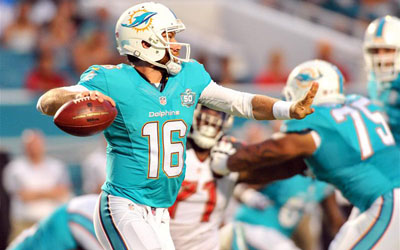 The Miami Dolphins today announced a multi-year partnership with Hyundai as an official automotive sponsor.

The partnership includes entitlement of the stadium’s North Sideline Club, thumb now the “Hyundai Club,” a space designed by the Rockwell Group within the stadium offering a location for spending time pregame, in-game and postgame.

“Hyundai is a global brand investing in the growth of Miami and South Florida through the Miami Dolphins business and community initiatives,”

“Once renovations are complete, the Hyundai Club at the north sideline and additional new features within the stadium will continue to make our venue a global iconic destination poised to host Dolphins football, concerts and world class events.”

In 2016, Hyundai will have three vehicles on display at all Dolphins home games.

Hyundai also will have digital LED signage running on all team-related announcements at the stadium. In game, the automaker will present the “The Hyundai Drive of the Game” highlight feature on videoboards, PA announcements and through social and digital media.

Additional assets include branding as the official sponsor of Dolphins media partner WFOR CBS Miami’s “The Head Coach’s Show driven by Hyundai,” airing every Sunday morning in season from 11-11:30 a.m.

Finally, Hyundai also is the official sponsor of the Miami Dolphin’s Thanksgiving meal distribution program, and will be the lead vehicle for the official start of the Dolphins Cancer Challenge.