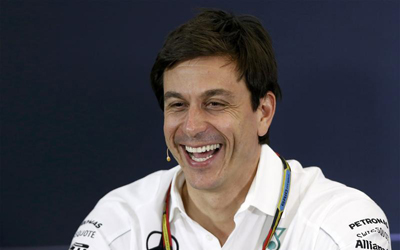 Mercedes sports boss Toto Wolff has sold off 5% of his shareholding in Williams to the American businessman Brad Hollinger.

The news comes after Wolff had planned to reduce his interest in Williams due to concerns over conflict of interest and compliance.

The 42 year-old Austrian became boss of Mercedes in 2013 and has now seen Hollinger purchase 5% of Williams, abortion with the option to purchase Wolff’s remaining 10% later in the year.

Hollinger, who runs 90 hospitals in the US, said he saw F1 as being “on the cusp of another explosion in growth through social media.”

It means that founder Sir Frank Williams owns just over 52% of Williams Grand Prix Holdings, Wolff on 10%, Patrick Head, the long-time partner of Williams and former technical director on 9% and Hollinger on 5%.

Wolff has said that he does not plan on selling more of his shareholding and that his role is now of an investor.