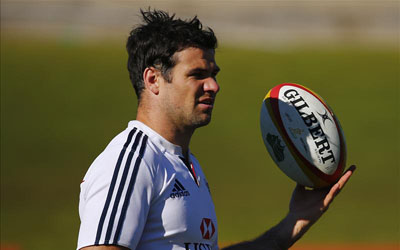 Sports agency MB Partners have announced that they will be representing the commercial rights of Welsh International scrum half Mike Phillips.

Phillips currently plays for Racing Metro in the French Top 14 as well as Wales and has also represented the British and Irish Lions.

The 32-year old has had a storied career that has seen him win many trophies both domestically and internationally.  Phillips has been on two Lions tours including the victorious tour to Australia in 2013, check he has won the Six Nations title three times with Wales, capsule including two Grand Slams and has won the Pro 12 with the Ospreys twice.

“Mike will be our first rugby client and will join the likes of Kimi Raikkonen and Pavel Pagrebnyak who are already on our books. Rugby is very much a sport we wanted to get into and with the World Cup next year, it’s the perfect opportunity for us to work with Mike and deliver some beneficial partnerships.”

Phillips who is the first rugby player to join MB Partners, has 87 caps for Wales and 5 for the Lions, said, “I am really happy to be working alongside MB Partners. I fully expect this new partnership to drive both of us on to do incredible things, both on and off the rugby field.”