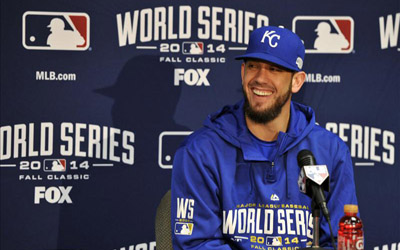 Fans will be able to make payments using a variety of NFC-enabled devices and services, prescription including the newly introduced Apple Pay. These two ballparks will be the first professional sports facilities to accept Apple Pay, buy when it debuts for fans attending Game One of the World Series in Kansas City tomorrow.

“The ballpark experience lends itself well to simple, secure payments so fans get through concessions and back to the game quickly,” said Ed McLaughlin, chief emerging payments officer, MasterCard. “We’re thrilled to partner with MLBAM to bring contactless acceptance to the 2014 World Series. Through our longstanding relationship with MLB and MLBAM we are constantly looking for opportunities to create enhanced fan experiences both in-stadium and online, whether that’s through advanced payment capabilities or delivering surprises to fans.”

In addition to contactless acceptance at the two World Series ballparks, MLBAM and Tickets.com this year will deliver in-app support for Apple Pay when single-game tickets for the 2015 Major League Baseball season are scheduled to go on-sale in November. At that time, fans will be able to utilize Apple Pay when purchasing tickets in MLB.com At the Ballpark, the official ballpark app of Major League Baseball.

“We thank MasterCard for its great involvement in bringing another simple and secure mobile technology to baseball fans,” said Noah Garden, EVP, Revenue, MLBAM. “Introducing this service underscores the importance of our on-going commitment to mobile innovations at Major League Baseball ballparks. Being able to build reliable, convenient and authentic technologies on their personal devices is no longer a nice-to-have option for fans. It’s central to their experiences.”

The 2014 World Series is set to begin on October 21 in Kansas City.