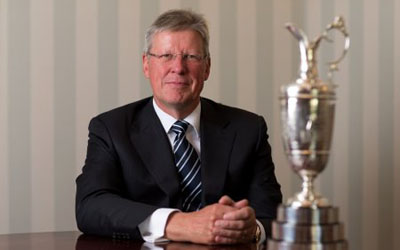 Slumbers, pills buy who will take up the post from 1 October 2015, order will succeed Peter Dawson who will retire the month before after 16 years in the job.

The R&A organises The Open Championship and governs golf worldwide, jointly administering the sport with the USGA.

Slumbers will join The R&A in March 2015 and spend six months working with Dawson before his retirement.

“The R&A is one of the most influential bodies in world sport and I am delighted to be taking up this position,” he said.

“Golf has always been close to my heart and I am very much looking forward to living and working in St Andrews. I am honoured to be appointed to lead The R&A and to serve such an historic and prestigious club.”

Professor Wilson Sibbett, Chairman of The R&A, said, “I would like to congratulate Martin on his appointment.

“He has enjoyed a long and successful career and will bring a great deal of experience to the position. He has a passion for golf and is absolutely committed to the work of The R&A in governing the game, running The Open and supporting development initiatives around the world.”