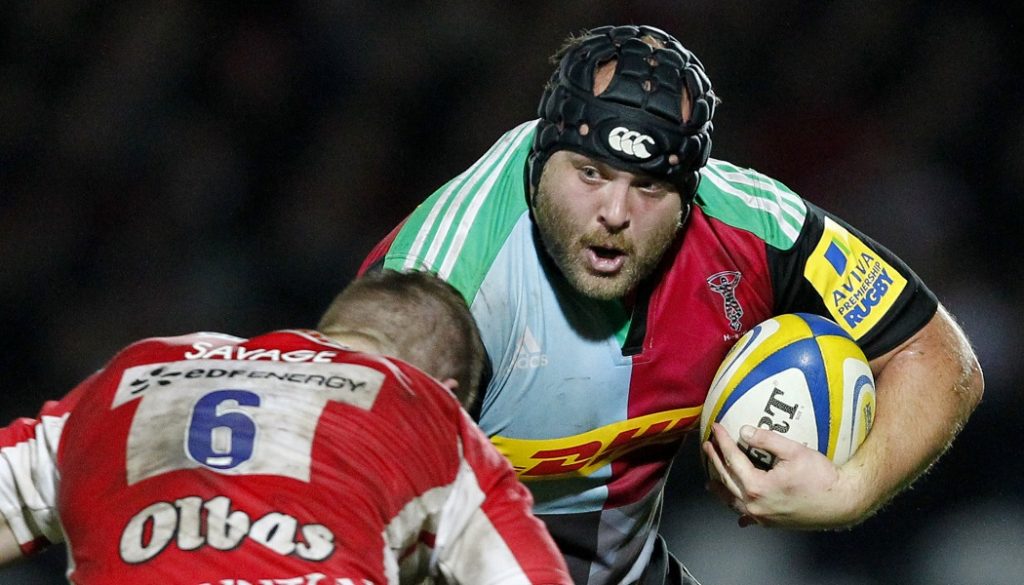 Mark Lambert has today been elected as the new Chairman of The Rugby Players’ Association (RPA).

Having previously served as Vice-Chairman, the Harlequins prop received the unanimous backing of his fellow professionals on the RPA Players’ Board. A graduate of the Harlequins academy, Mark has made more than 215 appearances for the London club and this season marks his fifth on the board.

Mark will be supported in his new role by Northampton Saints’ second row Christian Day, who stepped down as Chairman but will assume the role of Vice-Chairman for the 2017/18 season. Christian originally joined the Players’ Board in 2011 and has spent the past three seasons as Chairman.

On his appointment Mark, said: “It’s an honour to have the opportunity to lead my fellow players as RPA Chairman for the 2017/18 season. Rugby is thriving in England but as the game continues to evolve, it’s vital that players have a strong, united voice on the issues that matter.

“While there will undoubtedly be challenges ahead, I am confident that the Board can build on its strong foundations to deliver for all RPA members on and off the field, and ensure that the players and their welfare remain the central issue in the game

“I’d also like to pay tribute to outgoing Chairman Christian Day. Christian has made a huge contribution to the game during his time on the Board and it’s great to be working with him as he assumes his new role as Vice-Chairman during his thoroughly deserved Testimonial Year.”

RPA Group CEO Damian Hopley, added: “During his time as a Player Representative, Mark has been a true champion for fellow professionals and an outstanding member of the RPA Players’ and Management Board.

“Mark has enjoyed a distinguished club career and brings a wealth of on and off-field experience to the role. We all believe that he will be an outstanding leader for professional rugby players in England over the months ahead.

“I would also like to place on record my sincere thanks to Christian for the instrumental role he has played as RPA Chairman since 2014. His tireless commitment to the cause has been an example to those around him and his continued involvement with the Board is a huge positive for the players and the game.

“This is going to be a critical year for the RPA and we are very fortunate to have such a capable and progressive Board led by Mark and Christian.”