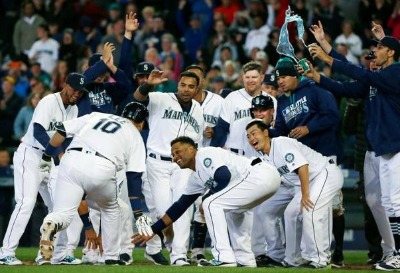 Major League Baseball owners voted to approve the sale of the Seattle Mariners’ controlling interests from Nintendo of America to a group of minority owners led by longtime Seattle businessman John Stanton.

The expected approval came at the MLB Owners Meetings in Houston, and the official transfer will be completed once paperwork is finished, which could come as early as Friday.

Stanton, 60, will replace Howard Lincoln as the Mariners’ chairman and CEO.

He is the former chairman of McCaw Cellular and Clearwire corporations, while currently serving on the board of directors for Microsoft, Costco and Columbia Sportswear.

Lincoln, 76, was a key member in the group credited with saving baseball in Seattle in 1992, when, as chairman of Nintendo of America, he helped broker the purchase of the team by majority owner Hiroshi Yamauchi, the chairman of Japan-based Nintendo.

Nintendo will retain 10 percent of its stake in the franchise as well as the regional ROOT Sports Network, but controlling interest in both of those entities will now lie with Stanton and the group of 17 minority investors.

There will be no single majority owner among the group, but Stanton will serve as the chairman of the board and CEO, a role previously held by Lincoln.

The agreement was announced in April, but it had to be approved by MLB owners.