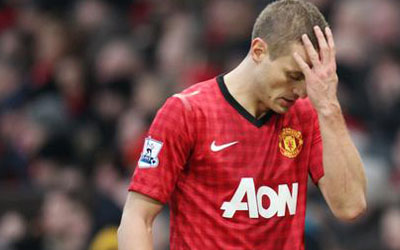 Manchester United have denied that their vast sponsorship strategy has weakened the brand and that they have reached their limit.

Following on from this, the Premier League side announced Japanese paint manufacturer Kansai as their official paint partner.

On top of these sponsorship deals, United have also bought out Sky’s one-third minority equity stake in MUTV, leading some critics to argue they have diluted their brand and cannot go any further.

Jonathan Rigby, Marketing Manager at Manchester United has moved to deny these claims. He said: “There is nothing of what we know of our own brand that suggests that is the case. We don’t see that at all. We see an increase in growth in the vibrancy of our brand.

“We certainly don’t think we are reaching a limit. It is a model that is working very well. The evidence I see every day is that our partners get a huge amount and are all able to get their own part of Manchester United.”

“The club’s share of TV revenue has increased dramatically under the stewardship of the EPL,” the former Manchester United marketing director told iSportconnect.
“Meanwhile the Glazer family has maximised match day revenue and invested heavily in an in-house sales team operating out of the UK, Hong Kong and the USA. This sales-driven approach to commercial sponsorship rigorously searches out and solicits any organisation willing to engage with the club on a local, regional or global category basis.”
“Where this approach differs from most others is in the club’s attitude to renewing existing partnerships. Unless sponsors are willing to meet the club’s ever-increasing valuation of its rights, the deal is terminated and a replacement is sought. The strategy places little value on loyalty or in forming deeper relationships with partners over time. For this reason, there is a danger that with so many partnerships in place in so many categories for relatively short periods, the MU brand may become devalued. There is also a question of the sustainability in the longer term as the approach relies on a constant conveyor belt of new sponsors stepping up to take the place of the incumbents.”
“It may be that the club’s reputation for the hard-sell tarnishes the brand in the longer-term. Of more danger may be sustaining the ultimate expectation of success on the pitch. Without this crucial element, even the most overwhelming sponsorship sales effort is bound to fail.”