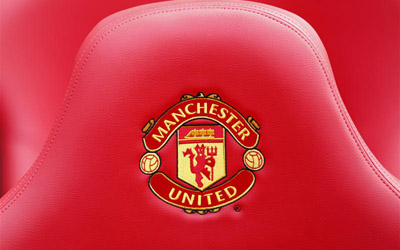 They have agree a three-year sponsorship deal with one of China’s most prominent banking groups, China Construction Bank (CCB) and a deal with Chinese soft drinks manufacturer Wahaha.

As part of United’s first agreement with a Chinese bank, CCB will hold the rights exclusively to produce the official Manchester United branded credit card in mainland China.

“Manchester United has a huge following in China of 108 million. We know from our visits there, including to Shanghai last summer, that our Chinese followers have always been among the most supportive.

“As China’s fiscal and industrial strength continues to grow, it is establishing itself as a leader in the global economy and the place for businesses to invest. In 80 major cities in China, CCB have almost 60% of all branches, making them the ideal partner to connect with our fans.

Wahaha has been the largest beverage producer in China for the past 11 years, with branded products including milk drinks, soft drinks, energy drinks, bottled water, bottled tea, fruit juice, porridges and yoghurt beverages.

Richard Arnold, commented on the Wahaha deal: “This is the club’s first sponsorship of its kind in China and we are delighted to be able to work with a company which, like Manchester United, is dedicated to innovation and leadership in its field. Wahaha is one of the most iconic brands in China and one that has come to symbolise the dynamism and strength of the modern Chinese economy. What better way to endorse this modern-day success story than to partner with the number one club in the world’s biggest sport?”

Wahaha chief executive officer Zong Qinghou said: “The partnership between China’s largest beverage company and the world’s top English football club is an inspiring and huge development for Wahaha. This year is a milestone year for the company. The announcement of partnering with Manchester United represents a perfect opening paragraph in the next chapter of our history.”

Steven Falk, Director of Star Sports Marketing, told iSportconnect: “These latest deals stem from MU’s determination to expand its sponsorship portfolio using its team of nearly 60 London-based sales executives and the sales office recently established in Hong Kong under the club’s newly appointed Asia MD Jamie Reigle. This focus on Asia and on China in particular is the main reason given by GM/Chevrolet for contracting to go on the club’s shirt from season 2014/15.

“China Construction Bank is the only bank licensed by the Chinese authorities to conduct affinity business with foreign companies. Its portfolio of affinity sports branded credit cards already includes Arsenal and Juventus. It is likely that the MU version will outperform these versions given the size of the club’s claimed following in China of over 300m fans, although given the structure of the credit card market in China, the overall value of the deal is likely to be worth low hundreds of thousands rather than millions of pounds.

But the former marketing director of Manchester United also suggested that there will not be a major influx financially from this deal but rather significant knowledge will be gained form the partnerships.

“Overall, these deals will have relatively little financial impact on the club, but will provide valuable experience in dealing with Chinese sponsors, particularly in repatriating sponsorship fees in hard currency,” Falk added.