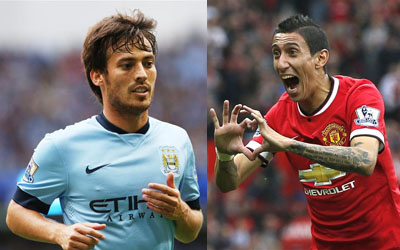 Manchester United have extended their partnership with its social gaming partner in Japan, gloop, while City have begun an association with Malaysian grooming brand, Dashing.

The market-leading Japanese social gaming company has seen nearly 1.4 million downloads of its Manchester United titled game ‘European Club Team Soccer Best Eleven Plus’ since the partnership started just over a year ago.

Manchester United’s Group Managing Director, Richard Arnold said: “We are delighted that gloops have decided to extend their relationship with us for another year, and demonstrates that having a partnership with Manchester United yields impressive returns.

“gloops have produced an extremely popular product, with almost half of our four million followers in Japan downloading its Manchester United branded game, which is impressive given the short period in which it has been available.

gloops, Inc. CEO, Hideyuki Ikeda commented: “As the Official Social Gaming Partner of Manchester United, we are honoured to support the Club’s activities in Japan.

“Through our social game ‘European Club Team Soccer Best Eleven Plus’, we at gloops hope to increase the number of football and Manchester United fans, as well as providing entertainment to more people with our various games.”

Under the terms of the partnership, Dashing has acquired wide-ranging licensing rights to use the Club crest and player imagery in national TV marketing and social media campaigns.

Commenting on the partnership, ‎Chief Business Officer for Manchester City, Tom Glick, said: “Dashing is a major player in the Malaysian skin and body care market, which has  gone on to become one of the nation’s leading brands. Having built up a long and trusted reputation among the millions of young men in the region who also love football, Dashing is the perfect fit for Manchester City.”