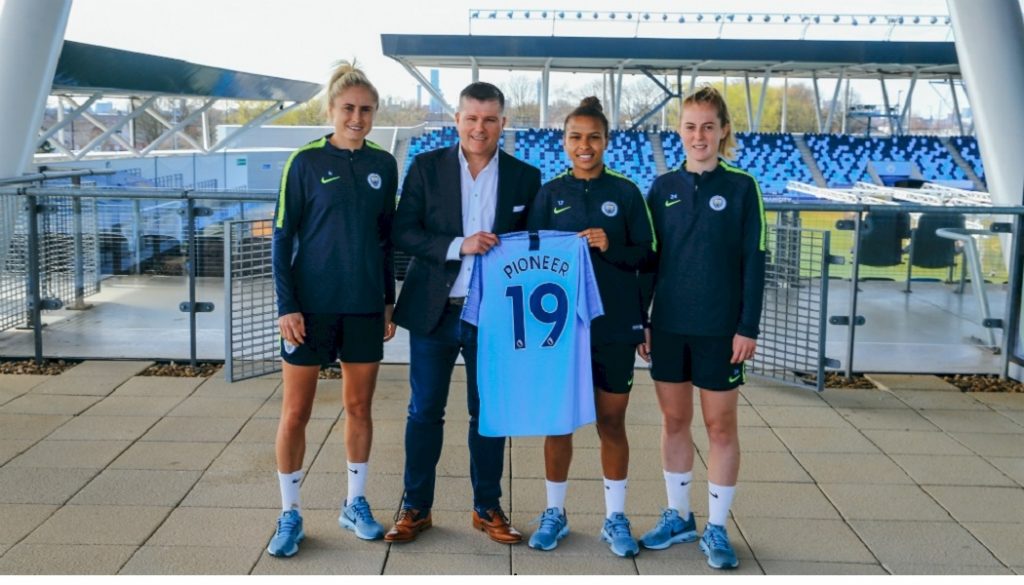 As part of the renewal, Pioneer Group will continue to deliver the audio visual and perimeter LED support elements at the Academy Stadium and  will present Manchester City’s women’s team end of season awards on May 9 at the Etihad Stadium’s Tunnel Club venue.

Pioneer Group will further present the Moment of the Match across City’s social media platforms for every women’s game.

Gavin Makel, Head of Women’s Football at Manchester City, said:“We are delighted that Pioneer Group will remain an official partner of the women’s team. Since 2016, we have worked together to develop the matchday experience for our supporters and to deliver memorable events. Our end of season awards are another fantastic opportunity for us to collaborate on an exciting experience for our supporters to enjoy.”

Chris Appleyard, Group Director of Pioneer Group, added: “As a Manchester-based company we are incredibly proud of the work Manchester City has done to promote the women’s game, both regionally and nationally. Everyone at Pioneer Group is excited to continue our partnership with Manchester City and to be the headline sponsor of their end of season awards. We look forward to working together and to further enhancing the matchday experience at the Academy Stadium.”