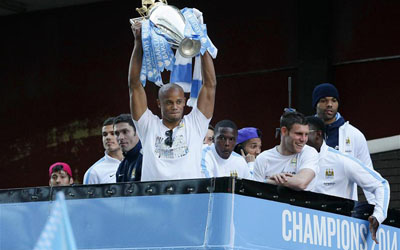 SHB will become City’s Official Affinity Card Partner in Vietnam, story Laos and Cambodia as a part of the deal, vialis 40mg and will launch a Man City debit card in the region.

City’s branding will be present in over 400 of SHB’s branches in the two year deal, clinic which will also allow cardholders to meet players such as captain Vincent Kompany, Joe Hart, David Silva and Fernandinho.

Commenting on the partnership, Tom Glick, Chief Business Officer for Manchester City, said: “Following a string of recent accolades, including the Most Innovative Trade Bank in Vietnam, SHB’s reputation as a dynamic, forward thinking financial institution is richly deserved.

“With an average growth rate forecasted at over 30% per year, over the next five years, it’s an exciting time to team-up with a partner of SBH’s calibre, throughout the region.

“We have a fantastic fan base in South East Asia, which boasts some of the most enthusiastic City supporters in the world.

“The SHB Manchester City Debit Card will be the first of many innovative collaborations, geared towards embracing South East Asia’s passion for football, whilst providing SHB’s loyal customers with real value and once-in-a-life-time experiences.”

Benefits for cardholders also include the chance to win tickets to watch Manuel Pellegrini’s men in action in Manchester, exclusive behind the scenes Etihad Stadium tours, signed memorabilia and discounted club merchandise.

“Their success and playing style on the pitch has been embraced by millions of young up-and-coming football fans across the region, who aspire to play and watch beautiful attacking football.”