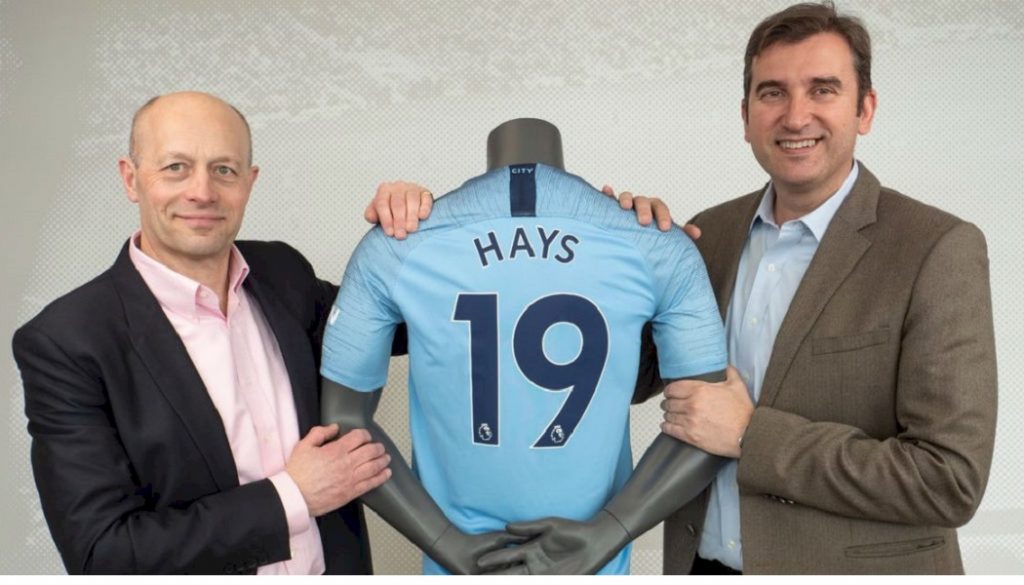 Manchester City has renewed its partnership with recruitment company Hays.

Hays (2018 revenues of £5.75 billion) will work together with City to curate new digital and social content over the next four years. The renewal will be further boosted by the new naming rights which make Hays an Official Tour Sponsor for the Club’s overseas tours and provide further access to experiences for Hays’ staff across the globe.

Sholto Douglas-Home, Hays Chief Marketing Officer, said: “We are delighted to be continuing as the Official Recruitment Partner of Manchester City’s men’s team for a third term and the women’s team for a second term. We established our partnership in 2013, based on a mutual ambition to attract skilled, expert professionals to build high performing teams.

“Since then, Hays has played a key role in sourcing valued members of City Football Group’s professional staff to help drive the Club’s success off the pitch. We have also explored the synergies between the world of work and elite sport, assessing how the dynamics that drive players to succeed can be applied to everyday careers.”

Damian Willoughby, City Football Group Senior Vice President of Partnerships, said: “For a football club to be successful it needs to have the right people in every position – from the players on the pitch to the professional staff who underpin the operation of the club. Throughout our partnership, Hays has been fundamental in helping Manchester City find great people to help our organisation grow and support our teams’ achievements.

“Our partnership with Hays continues to strengthen and we are proud that this has grown beyond our men’s team to incorporate our women’s team, as well as other clubs from the Group. We are delighted to extend our relationship into this next chapter that will see us mark ten years of this exciting partnership.”