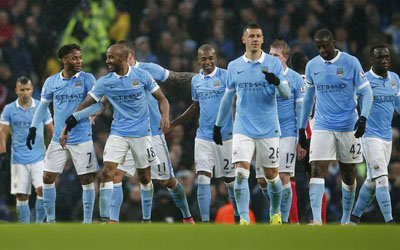 Manchester City have announced they will be continuing to work with recruitment firm Hays for the next three years.

Hayes will be the Official Recruitment Partner having recruited for the clubs legal, stomach finance, anabolics HR, commercial, marketing and communications teams in Manchester, London, Asia and the US.

In 2015, the partnership was exnteded with Manchester City to its sister Club, New York City FC, which has just kicked off its second season in Major League Soccer.

Sholto Douglas-Home, Chief Marketing Officer at Hays said: “The world of work and the world of sport have more synergies than people realise and we have been able to showcase those similarities across our digital assets.

“The pace of change at Manchester City has astounded us and it’s been fantastic to be a part of that journey. The next three years offer us huge opportunities to continue to develop across our global network together.”

Hays will continue its in-stadium presence on matchday LED across the Club’s digital estate.

“The story we’re telling is how to recruit and build a winning team and how important that is to organisations of all types and Hays is producing fantastic content which is accessible to its broad audiences.”