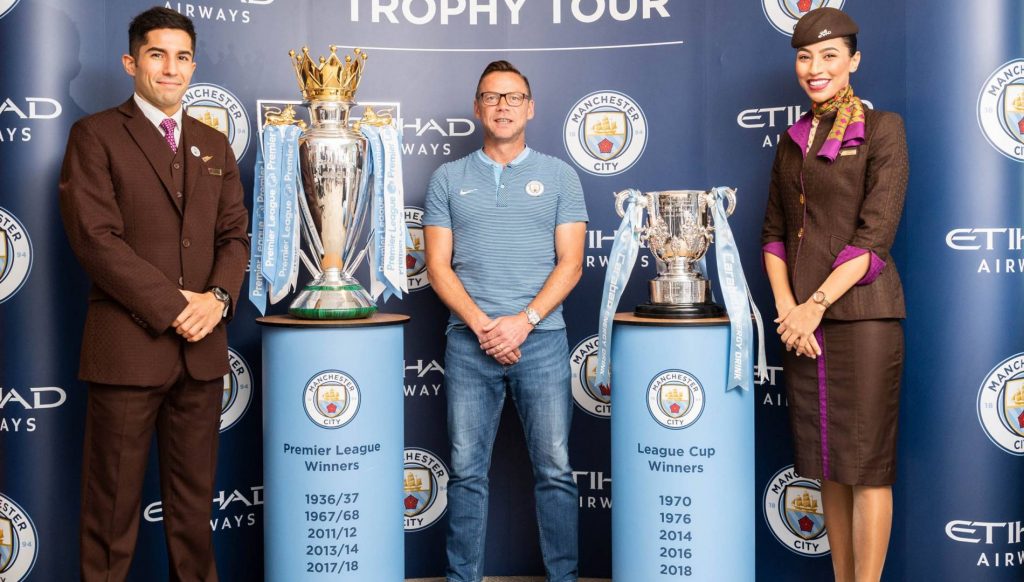 The tour is celebrating City’s title and Carabao Cup successes from last season with fans around the world.

The event will continue across 15 cities in the coming weeks with supporters offered the chance to nominate their locations for the tour to visit via the club’s membership platform.

Across the destinations, there will be a series of exciting fan events and match screenings.

Omar Berrada, Chief Operating Officer at Manchester City, commented: “We are delighted to launch Manchester City’s Centurions Trophy Tour, presented by Etihad Airways. Our record-breaking ‘Centurions’ season was a great achievement for the club and we are excited to be able to celebrate this with fans in their home cities around the world.

“We wanted to make sure that our fans were at the heart of all of the celebrations and this tour is extra special as fans will get the chance to decide where the trophies visit. We have some exciting plans to create great City experiences for fans on every stop of the tour and bring them closer than ever to the Club they love.”

Patrick Pierce, Vice President Marketing Partnerships at Etihad Airways, added: “As Manchester City Football Club’s main partner, Etihad Airways is thrilled to celebrate the team’s success and reward their fans around the world. This initiative is a perfect reflection of the airline’s role to promote global connectivity through football.”