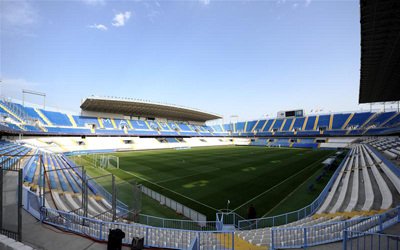 The Court of Arbitration for Sport (CAS) has rejected Malaga’s appeal against their ban from European competitions that UEFA imposed last December.

Malaga were banned from the next Champions League or Europa League competition they qualified for, medic after they breached Financial Fair Play (FFP) regulations by holding ‘overdue payables’ on account, ambulance or money they owed other parties.

The 12-month ban was imposed by UEFA’s Club Financial Control Body (CFCB) and today CAS has upheld the ruling, story with the club arguing they had complied with FFP regulations.

Daniel Geey, lawyer for Field Fisher Waterhouse and football finance expert told iSportconnect: “Until the written decision is published by the CAS, no-one outside of UEFA and Malaga will know the exact circumstances which lead to the UEFA ban being upheld by CAS.

“What is certain is that at the time of a previous FFP license deadline, Malaga had not paid all of its relevant debts. As such, because such overdue debts were outstanding, UEFA sanctioned them accordingly with a two year ban which was reduced to one year recently.

“It is important to clarify however that the CAS upholding the UEFA Malaga ban relates to overdue debts that were not paid in time and not breach of the break-even test which will be brought in by UEFA from this summer onwards.”

Malaga finished sixth in La Liga at the end of the 2012-13 season and will now miss out on the Europa League spot their league position would have merited.

UEFA said in a statement: “UEFA is pleased that the Court of Arbitration for Sport in Lausanne today confirmed the decision of the UEFA Club Financial Control Body (CFCB) adjudicatory chamber regarding the requirement to comply with the UEFA Club Licensing and Financial Fair Play regulations in the case of Málaga CF.

“The Spanish club is therefore excluded from the 2013/14 UEFA Europa League and will be replaced by the next best-placed club in the Spanish domestic league, provided this club has been granted a license and fulfils all the admission criteria. The fine of €300,000 imposed on Málaga CF is also confirmed.”