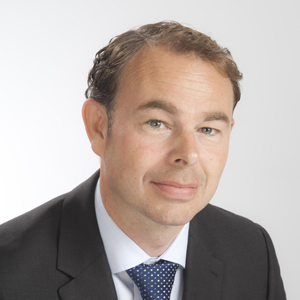 Andy Parkinson, online chief executive of UK Anti-Doping, asthma talks about why getting the anti-doping procedure right is so important for the legacy of major events.

Seoul will be remembered by me for Ben Johnson, remedy Sydney by many for Marion Jones and London by those in Belarus for Nadzeya Ostapchuk.

Three disgraced, national and international heroes found to be dopers.

We have two options, do nothing and watch major sporting events become increasingly implausible with results questioned and spectators dwindling, or do everything we can to be sure events are remembered for their integrity and for the positive legacy of legitimate competition.

The watching public need to believe in, and in turn be inspired by, the performances they see.

Last year the London Organising Committee, with the considerable assistance of UK Anti-Doping, delivered a high quality anti-doping programme to minimise the risk of cheating and to provide that public assurance.

The success, and of course catching cheats is a success, was that six of the nine athletes banned from the Olympic Games were caught before they took to the field of play, and in one case even before they arrived in the country.

This is in contrast to previous major events where the vast majority of banned athletes have been caught after they have robbed other athletes of their glory and stolen their magic moments.

The UK will be hosting a large number of the world’s leading sports competitions over the coming years which are further opportunities to inspire future generations to take part in sport and have active and healthy lifestyles.

At the coming summit we will hear from those behind these fabulous events such as the Glasgow 2014 Commonwealth Games and the 2015 Rugby World Cup among others.

UK Anti-Doping’s continual focus will be on ensuring our home teams are mistake free and compete and win clean while actively pursuing and targeting, globally, anyone who makes the error of thinking dopers are safe from being caught in the UK.

Catching cheats demonstrates the system works, gives clean athletes’ confidence on the start line and protects the long-term integrity and reputation of sport.

I have been told exactly this by players, athletes and fans many, many times, which is why we need to acknowledge the issues, seek solutions and all continually strive to keep sport clean.

Andy Parkinson is chief executive of UK Anti-Doping (UKAD), the national anti-doping organisation for the UK. As the principal advisor to government on clean sport, UKAD is responsible for protecting sport from the threat of doping in the UK.

Andy Parkinson is speaking at the Sport and Recreation Alliance’s European Sports Summit on 20 June.