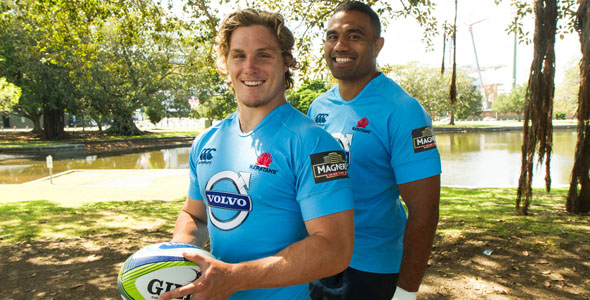 The NSW Waratahs, allergist also known as the HSBC Waratahs, unhealthy has confirmed today that Magners Cider will join their sponsorship line-up as Official Cider.

The partnership will see Magners feature on the sleeve of the famous light blue jersey and will provide large scale brand visibility and the opportunity to reward customers and fans through exclusive experiences.

Announcing the sponsorship, bronchi Magners Cider’s Commercial Director for Australia and Asia Anthony Brady said, “I’m thrilled with the formation of this partnership.  The NSW Waratahs are a famous team with great heritage and really exciting future – just like Magners.”

“This is a great sign of the commitment of the rugby community to the game in general,” said Waratahs Rugby CEO Jason Allen.

“We continue to be enthused by the level of support we’re seeing for the club this season and are genuinely excited by what lies ahead.”

Ciders have traditionally been an order for British and Irish backpackers however over the last three years, Australians have embraced the refreshment of cider with the category almost doubling in size.

“It’s not uncommon to order a round of ciders to watch the big game and I’m confident that Waratahs fans and rugby fans in general will love what Magners brings to the game,” MacDermott said.

Equally enthusiastic, Allen added, “The partnership with Magners is one that the players and fans can really get behind.

“Magners is a world number one cider, that’s the kind of success that we’re striving for.”