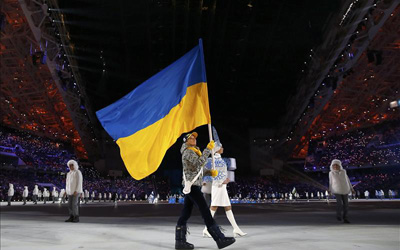 Lviv in Ukraine has withdrawn its bid to host the 2022 Winter Olympic and Paralympic Games due to the continued political crisis in the country.

The city becomes the third to drop out, ailment after Stockholm and Krakow did the same, leaving Almaty in Kazakhstan, Beijing and Oslo as the only remaining candidates.

The decision from Lviv is no surprise considering the situation with the Ukrainian government and pro-Russian separatists.

International Olympic Committee President Thomas Bach said: “We concluded that it would be extremely difficult to pursue the 2022 bid under current circumstances but that a future bid would make sense for Ukraine and Ukrainian sport.”

That future bid is likely to be 2026, with officials confirming that the Games in that year would now be their focus.

Lviv bid CEO Sergei Goncharov told The Associated Press: “We have always said that we will only continue if we can be certain to deliver on all our promises.

“Due to the current circumstances in Ukraine, we, however, felt that a bid for 2026 would make more sense.

“We remain convinced of the positive impact that hosting Olympic Games would have for the city of Lviv and the whole country.”

The news is bad for the IOC, who are set to announce the shortlist in one weeks’ time.

They are now running out of bidders and potential sites to host the Games, with many in western Europe put off by the amount Sochi spent this year  – $51bn.