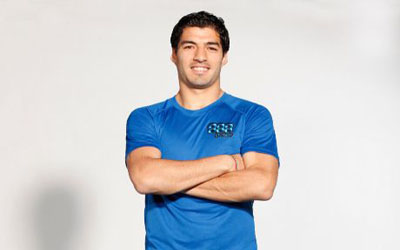 Premier League footballer of the year Luis Suarez has become an ambassador to poker website 888poker.

Suarez won the 2014 Professional Footballer’s Association Player of the Year for his fantastic performances on the field for Liverpool during the 2013-14 season, a season that saw him find the back of the net 31 times including scoring two hat tricks and a four-goal haul in the 5-1 victory at home to Norwich City.

The Senior Vice President of 888, Itai Pazner, commented on the deal: “Luis Suarez is an incredible sporting talent; passionate, competitive, technically gifted, and emotionally invested in the game. It’s those qualities that make him an exciting player to watch, in poker as well as football. It’s fantastic to have him on board.”

According to a press release, Suarez will immediately become an integral member of Team 888poker and will be found playing regularly online at 888poker and will participate in live events and “money-can’t-buy experiences.”