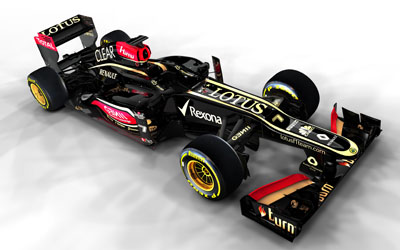 The Lotus Formula One team look set to begin the 2013 season without a title sponsor despite strong rumours they has secured one.

Late last year, it emerged that the Genii owned team was close to announcing a $30 million per year deal with Honeywell, the American technology giant.

But last month, Switzerland’s Speed Week reported that the deal is now “a way off”.

“We’ve had discussions and some of them were quite advanced,” Genii’s Gerard Lopez, without mentioning Honeywell, told Reuters this week.

“I guess we could probably have signed a couple of things that leaked out but we think we are better off making sure that we sign what is the right thing for us,” he added.

“We will probably end up with something during the season.”

Lotus is one of the only front running teams without a title sponsor.