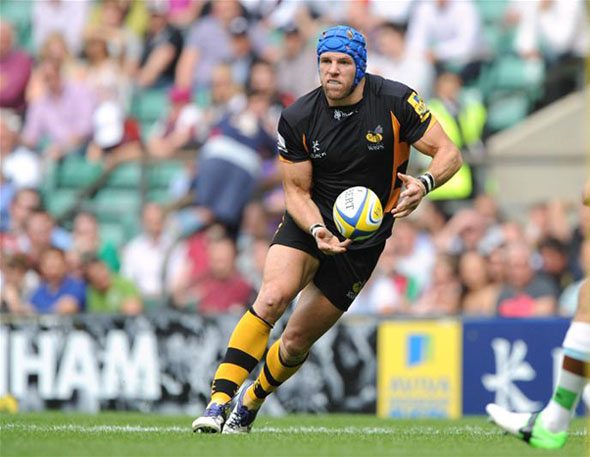 London Wasps has announced that Maximuscle, Europe’s leading sports nutrition brand, has renewed its partnership at the Club for a further three seasons.

Maximuscle, whose logo will continue to appear on the sleeve of all London Wasps playing shirts, joined forces with London Wasps in 2002 and the two partners have enjoyed a successful relationship for over a decade.

As part of the long-term partnership, Maximuscle’s products have helped aid the performance and recovery of the London Wasps players, with the brand’s team of sports scientists working closely with the Club’s coaching staff to implement a nutritional plan for all players.

London Wasps’ Performance Nutritionist, Mike Naylor said: “We are delighted to have renewed our partnership with Maximuscle, who have proved invaluable to the squad during my time at the Club. Maximuscle’s range of nutritional products provides us with the supplements to aid physical performance and recovery.”

“The support that their products provide the squad is instrumental in achieving their performance and recovery goals and their continued presence is irreplaceable. I am looking forward to the continued relationship over the coming seasons and seeing our players continue to benefit enormously in all areas of their game.”

Mark Morgan, Maximuscle’s Senior Sponsorship and PR Manager added: “We are delighted to extend our partnership with London Wasps for a further three years. We have supported the club through some extremely successful seasons and are looking forward to supplying our products and expertise to the players in what promises to be an exciting new chapter for the team.”

During the partnership, Maximuscle have also shown how committed they are to supporting grassroots rugby by way of introducing an incentive known as ‘Perform Like A Pro’. Recently aspiring amateur players entered a competition via Maximuscle’s website where they were required to outline their fitness goals, rugby experience and positions. From hundreds of entries a group of players from clubs across the UK were invited to travel to the home of English rugby – Twickenham.