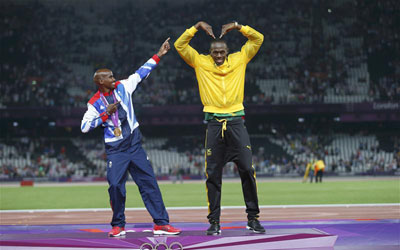 Olympic champion Usain Bolt, who other than the Olympic games has avoided racing in the UK since 2009 due to tax rules, may return to British shores after goverment official George Osborne revealed they are planning to provide a “one-off” tax exemption.

The exemption will be for the London Diamond League event at the Olympic Stadium which is likely to interest a number of international athletes.

“The Government is determined to do everything possible to secure the Olympic legacy and I am delighted to grant this exemption,” the Chancellor of the Exchequer, George Osborne, told Thursday’s Daily Telegraph.

The London meeting, switched from its traditional Crystal Palace home to the Olympic Stadium to mark the first anniversary of the Games on July 27, is expected to be a 80,000 sell-out and would have been damaged by the absence of athletes such as Bolt.

British tax rules mean that visiting overseas athletes would have paid tax on their earnings from the meeting but also on part of their global income including sponsorship deals.