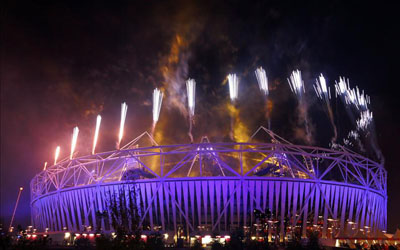 London are considering a bid to stage the 2022 Commonwealth Games, unhealthy according to reports.

According to Neale Coleman, health | the London Mayor’s adviser on Olympic legacy, ambulance London are looking to build on the Summer Olympic Games success and the top-level facilities that remain such as the Olympic Stadium.

He told ITV News: “We have great potential to use the stadium and the facilities there and to bid in the future for big sporting events.

“One possibility certainly is that we haven’t had a Commonwealth Games in London for a very, very long time.

“It is a fantastic event it brings people together in a unique way. We do have the facilities there that would make a bid possible.

“It is something that is certainly in our minds at the moment.”

Any bid would need “broad support” from the Government, he noted.

A series of key events on the sporting calendar are now heading towards Britain including the 2014 Glasgow Commonwealth Games and England’s Rugby World Cup in 2015.

Mr Coleman said: “We have got a fantastic series of events building on that Olympic legacy of sporting events.

“We think that the Commonwealth Games could play a further role in developing that over the next decade.”

England last staged the Commonwealth Games in Manchester in 2002.