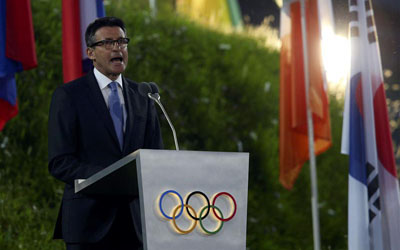 The London Organising Committee of the Olympic Games (LOCOG) has revealed their annual figures, generic reporting a £53m ($84m) loss.

LOCOG believe that this, as well as other small revenue streams such as royalty income, will be “sufficient to cover the brought forward loss and the cost to dissolution, placing the Company in a position to proceed on schedule towards a solvent liquidation in mid-2013.”

Sebastian Coe, Chairman of LOCOG, commented: “During the 18-month period covered by this report LOCOG worked tirelessly to integrate and implement the detailed planning carried out since 2005, thereby lifting our operational efficiency and resilience, creating facilities in which athletes would be able to compete and train in the best possible conditions, and ensuring an unforgettable experience for the public.

“Despite some monumental challenges, not least the weather leading up to the Games, we did all this whilst continuing to bear down on costs and raise our remaining revenue.  I am delighted to report that we were able to operate without utilising the contingency made available to us by Government and we remain on track to break even when we file our final accounts later this year.

“My sincere thanks go to my team, to our partners, to the amazing athletes and role models and to the UK public for their support, for joining in, for turning up and for making last summer the outstanding success it was.”

The report also revealed that the anticipated final cost of the core activity for the Games is £2.4bn ($3.8bn), financed by private-sector revenue programmes, including domestic and international sponsorship, merchandising and licensing, ticket sales and a proportion of the revenue from broadcast rights and global sponsorship deals, sold by the International Olympic Committee.

LOCOG’s statement said: “The Company continued its track record in raising revenue throughout the 18 month period to reach its target of £2.4bn income to cover these staging costs.

“In addition, the Company received approximately £0.8bn ($1.2bn) funding for additional scope covering Games requirements, which the Government identified that LOCOG was best placed to deliver.”

LOCOG plan to complete the dissolution process in June 2013, when LOCOG will be placed into a member’s voluntary (solvent) liquidation.