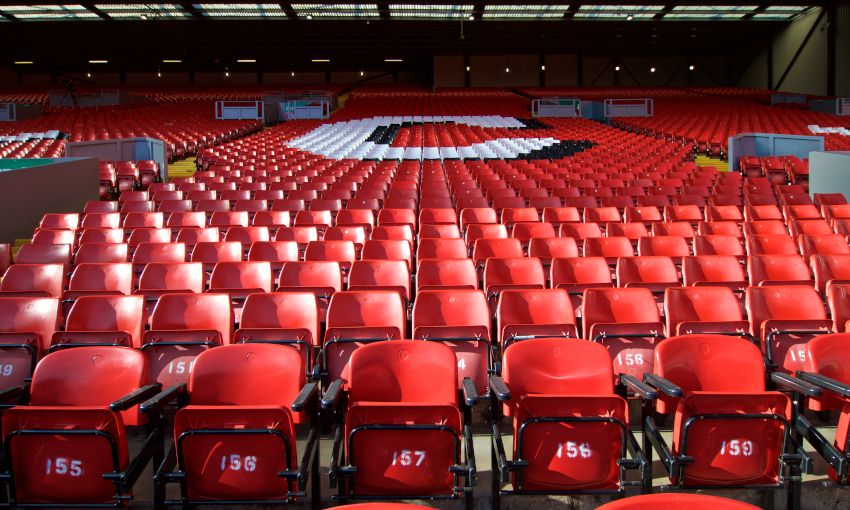 Liverpool FC Begin Process Of A Cashless Matchday For Supporters

Liverpool Football Club this past weekend begun the process of rolling out cashless payments throughout Anfield stadium.

In their game at Anfield against Leicester City, the club officially started rolling out their cashless service at all bars, kiosks and food outlets within the ground, however the club have added there is currently still at least one cash and card till per kiosk for those who still require it.

However, this is a next step into the world of digital payments for a major sports team at their stadium, and something we could soon see at a number of major sports venues.

The new Tottenham Hotspur Stadium was designed as a completely cashless football ground, with a number of other teams such as Manchester City and now Liverpool looking to make a similar move. ‘Fans can expect to see speedier service at Anfield in future, when purchasing their pre-match pint or half-time food’, Liverpool have stated.

“As a club we are continuing to invest in technology to improve our matchday experience,” said Paul Cuttill, Vice President Stadium Operations, “We are trialling this service across the stadium with the hope of reducing queues during peak times. It will also make things more secure for us and will ultimately help us to deliver the best possible customer service to all our fans.

“We appreciate there are those supporters who like to pay in cash, so will continue to offer a provision at a number of kiosks inside the ground. The good news is that a large proportion of our fans are already paying by card rather than with cash in the stadium, so we are hoping that the transition will be quick and easy for many fans.”