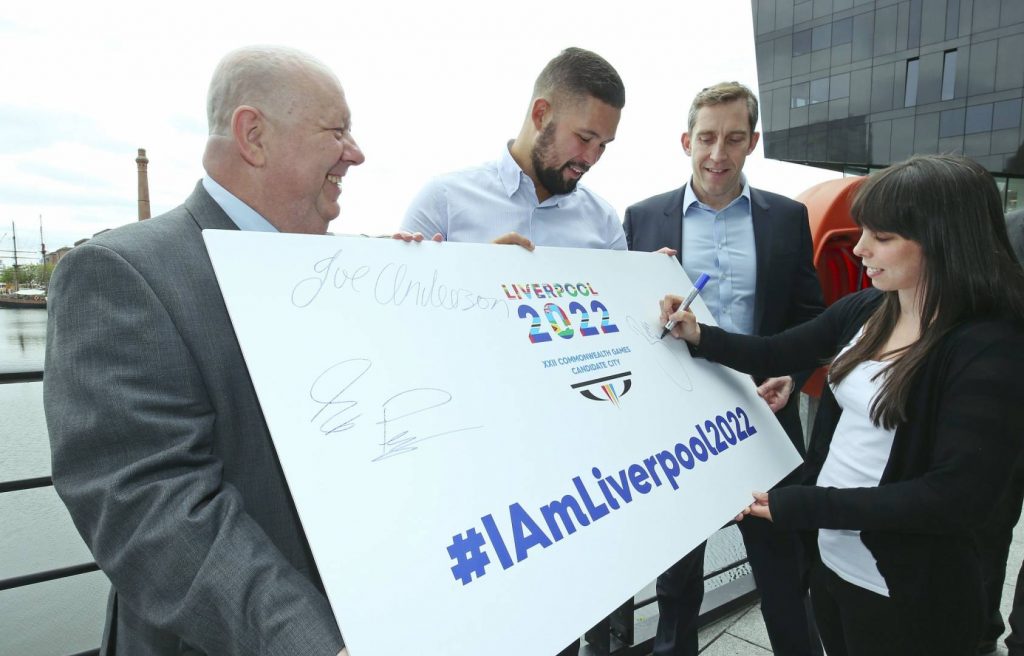 The Department for Digital, Culture, Media & Sport has today announced that Liverpool’s bid to host the 2022 Commonwealth Games – in partnership with Manchester – will progress to the final phase of the Government’s selection process.  The Government is expected to decide if it will support a UK bid in September.

Reacting to the news, Brian Barwick, Liverpool 2022 Bid Chairman said:  “This is fantastic news for the entire city, region and our bid partner Manchester and is a testament to the quality of work and huge efforts of the bid team, the city councils and all our partners over the last few months.

We are now in the home stretch in the race to persuade Government that our Liverpool-Manchester partnership will be ground-breaking for the Commonwealth Games, while also financially sound and good for the UK.

Our plan is to be responsible, inspirational, and transformational because that is the Liverpool way and I’m confident we will deliver on all these fronts if granted the great honour of hosting these Games.”

Joe Anderson, Mayor of Liverpool added:  “Liverpool’s vision for the 2022 Commonwealth Games is to make our city proud, make Britain proud and make the spirit of the Commonwealth soar.

We are a world famous city with a track record of delivering unforgettable events on the international stage and anyone who has visited us in the last decade will have seen the journey of change we have been on, a journey that is far from over.

“By hosting the 2022 Commonwealth Games, up to a billion pounds of investment will be fast-tracked – so this bid makes huge sense for the city.  What we are proposing is a win-win-win – for Liverpool, the Government and the Commonwealth Games Federation and we will work tirelessly in the coming weeks to persuade the government that Liverpool is the right choice to help showcase Britain in a post-Brexit world.”