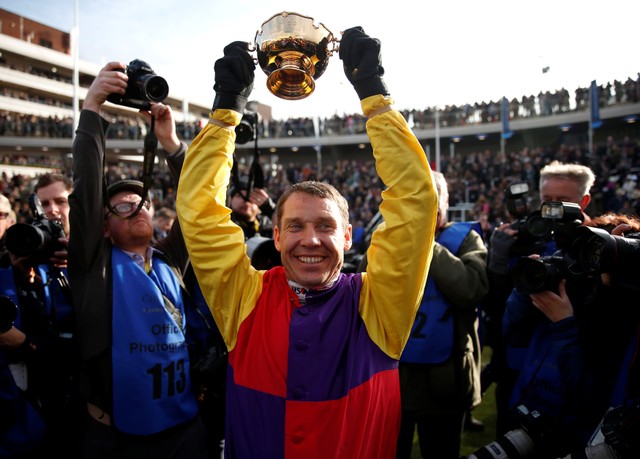 Like Clockwork, Britain’s Sporting Jewels In The Crown Breed Familiarity – But Don’t Get Complacent!

Was it not George Orwell that said ‘it is only when you meet someone of a different culture from yourself that you begin to realize what your own beliefs really are’? Irrespective of whether Orwell did or did not utter those words, they ring true, because we in Britain are so often incapable of, or at best poor at, articulating the assets that make the UK the great country it is. In fact, it has become something of a national pastime – occasionally an endearing one, often an unnecessary one– to “beat the country up” and look to the positives that other countries have rather than their own on our very doorstep. This national hobby is perhaps symptomatic of a broader sense of decline in Britain’s global status and significance the past fifty years or so. Perhaps the impending departure of the UK from the European Union – or “Brexit” as it is commonly known – will reverse that sense of decline in the UK’s global stature – or perhaps not, it really depends on your perspective; but one thing should be beyond reproach of criticism and that is the UK’s sporting jewels in the crown that, no matter the weather, and no matter the political or cultural climate in which we live, come around like clockwork every year. And they are just that: crown jewels of the sporting world of which the UK should be able to boast, not moan about or be indifferent to. They are truly unique, and the envy of much of the sporting world, whether we realize it or not.

To come back to the Orwellian reference, and to twist it slightly to fit the purpose of this column, it seems to me that it’s ‘only when you work or live in a different culture from yourself that you begin to realize what your country’s own sporting jewels are’. As someone who has worked in the sport industry in the United States, United Arab Emirates, Australia and Canada – as well as at sports events on a more temporary basis in other parts of the world – it has always struck me just what an impressive repertoire the UK has when it comes to sporting fixtures. The point I make is that of course when you are working overseas, you have the luxury of distance with which to make a judgment on how the UK’s sports events compare to those in the country you live, but that’s not to say, wherever you are in the world, you cannot take a step back and observe the plethora of sporting jewels that Britain has to offer each and every year without fail.

This dawned on me most when living in Canada. I fast grew an appreciation for what North American ‘Major League’ sport had to offer, from the NHL to the MLB to the NFL. Whilst broadening its sporting ambitions to engage increasingly in international sports (take Rugby Sevens or Soccer, for example), Canada and the USA know what their bread and butter sports are – and they do them well. Likewise, from afar, living in Canada, it was evident what the UK did so well – and indeed, what it exported so well – not least, Premier League football. But there was far more to it than this obvious choice which undoubtedly has mass appeal across every continent worldwide. There was far more to it than yearning to watch the odd Premier League game from one of English football’s major grounds. Around March each year, I first got “the itch”; the itch for something familiar, something like clockwork that would arise annually and remind me not just how much I love the diversity of sport but remind me what time of year it was lest I forget.

As a Brit abroad, March meant I was missing the Cheltenham Gold Cup. It meant I was missing the University Boat Race and it meant that the following month I would be missing one of the world’s greatest endurance events, the London Marathon. This meant Spring was on the horizon and, best of all, sport was about to get serious in the UK.

Now, it wasn’t that I loved horse racing, loved rowing, or loved distance running for that matter; rather it was a sense of calendar familiarity. Much as we like change and improvement in the way we consume sport, we are also guilty of being creatures of habit. And just like the way the extreme Canadian weather reminds any Canadian of the changing seasons, it is the sporting calendar that reminds Britons of the point in the year they have reached. That calendar familiarity, and the excitement it brings, only improves as you reach the Grand National at Aintree – as national a sporting occasion as any in the UK, with office and family sweepstakes aplenty and a surge in amateur betting for the day. With the arrival of May, so comes the Snooker World Championships at the Crucible, signalling the first Bank Holiday weekend of the British summer, before the opening England Test Match at the Home of Cricket, Lord’s – the first time many of us really hear that unmistakable sound of leather on willow. The events then come thick and fast in June with Horse Racing spectacles such as Royal Ascot and the Epson Derby, the Henley Regatta and the “lawn tennis” season that takes sports fans from the Queen’s Club to Nottingham and from Eastbourne to Wimbledon. Then, it is golf’s turn with The Open, followed by one of the longest-running regattas in the world in Cowes Week.

To some, these events are affectionately and avidly known as The Season. To others, they are just part of the furniture of the British year, passing like the seasons. However, it is that very notion that they are ‘part of the furniture’ that breeds complacency. Just like the Superbowl is a distinctly American occasion, or just like the start of the ice hockey season is flagged in every Canadian’s diary, The Season (if we are to label it that) heralds a stretch of spectacular sport that those in the UK should relish and champion whether a sports fan or not. These are cultural events, they mark our calendar year along with Christmas, Easter, Summer Holidays and birthdays, but we should never be complacent – as, make no mistake, unless we continue to attend these events or watch and engage with these events on our televisions and devices, there is no saying they will be around forever, particularly in this increasingly fragmented age of choice in which we live. As we enter the main thrust of this eclectic but loveable litany of British sports events once again, take a step back, pinch yourself and remind yourself – whether a sports fan or a member of the sports business community – just how fortunate Britain is to have such a distinct stable of sporting spectacles. Just how lucky we are to witness such one-off sporting fixtures, and how, as members of the sports community, we should appreciate the opportunity we have to work at these fixtures. It is not to say they are better or superior to sports events in other parts of the world – though some do have an unarguably elite status in the international sporting calendar – but it is to say that they are unique and often idiosyncratic and many of them remarkably historical in their nature. Many of these events are so unique and unusual that in today’s more sterile and predictable world, their idea simply wouldn’t be born. These events are in many ways relics of a bygone era that have stood the test of time. Arguably, these events are stronger commodities than they have ever been given their collective identity as an antidote to modern-day, commercial sport. To survive, however, these events and their organizers have to strike that important balance between modernizing and maintaining the identity for which they’ve become so known and loved.

Having lived in different continents, countries and cultures, it has always struck me just how much the populations of other countries – often more than the British themselves – value some of these distinct British sporting calendar jewels with all the quirks, customs and baggage they bring; often watching with curiosity and bewilderment but with affection all the same. In an era when globalization has brought so much homogeneity to our world, people yearn for an iota of difference and distinction – and that extends to our sports events.

In Britain, it is time for people to appreciate The Season in all its glory. Unless The Season is fully valued, unless it is cherished the way it deserves, unless we preserve what makes this collection of events so great whilst at the same time allowing them to evolve and prosper commercially in a way fit for the modern age – that important balance – we may discover that, in this era of intense competition and dilution of audiences, this particular season may change forever.