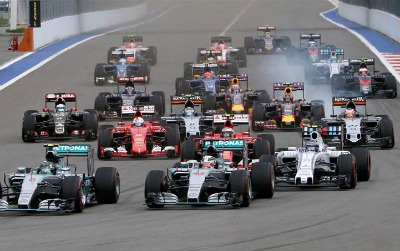 Liberty Media has agreed the purchase of Formula One, from a consortium of sellers led by CVC.

The American media firm, which owns interests in a broad range of media, communications and entertainment businesses, will pay $4.4bn (£3.3bn) ending speculation about the ownership of the company.

Chase Carey has been appointed by Delta Topco and will serve as the new Chairman of Formula One, succeeding Peter Brabeck-Letmathe, who will remain on Formula One’s board as a non-executive director.

Greg Maffei, President and Chief Executive Officer of Liberty Media, said: “We are excited to become part of Formula One. We think our long-term perspective and expertise with media and sports assets will allow us to be good stewards of Formula One and benefit fans, teams and our shareholders. We look forward to working closely with Chase Carey and Bernie Ecclestone to support the next phase of growth for this hugely popular global sport.”

Bernie Ecclestone, Chief Executive Officer of Formula One, said: “I would like to welcome Liberty Media and Chase Carey to Formula One and I look forward to working with them.”