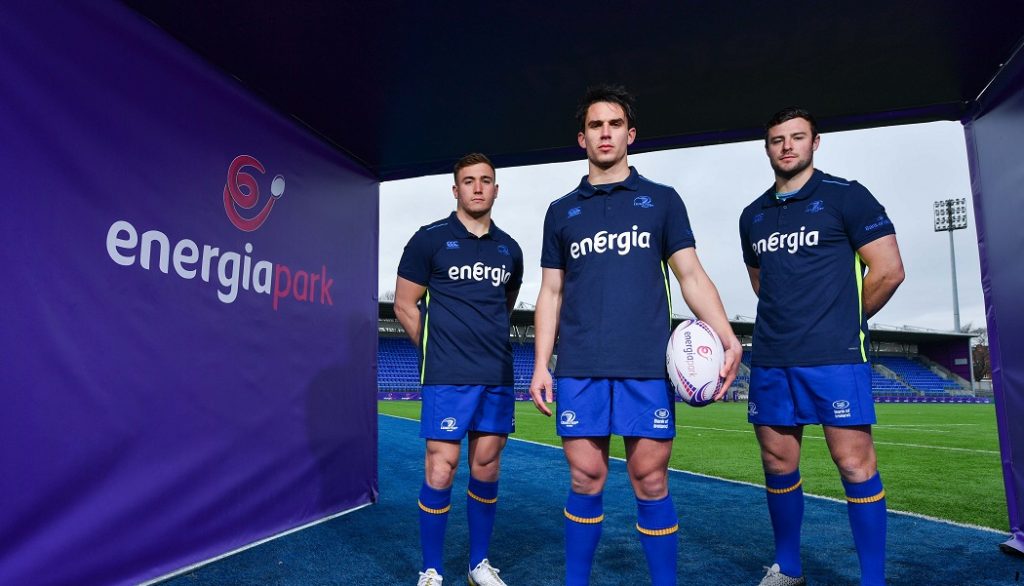 Energia will be an official premium partner of Leinster Rugby including energy supply and efficiency and sustainability initiatives. Their naming rights deal for Energia Park takes effect immediately.

The stadium – also home to Bective Rangers and Old Wesley – was once the home of Leinster Rugby until the move in 2007 to the RDS and it is still the permanent home of the Leinster Rugby Sub-Academy where the future stars of Leinster are put through their paces.

The stadium has also undergone a number of upgrades in recent years. In February 2008 the grandstand was completed while in November 2014 a new state of the art 3G pitch was unveiled by then Minister for Sport Michael Ring T.D.

Leinster Rugby CEO Mick Dawson said, “Donnybrook is synonymous with Leinster Rugby for decades now but in more recent times this is where the future of the professional game comes into the spotlight whether that be at schools level, clubs level or indeed with the Leinster ‘A’ team.

“Energia are now a huge part of that story and helping us to drive the future of the game of rugby at Leinster and I know that new memories and new stars will be made here in Energia Park and I am delighted to welcome the Energia team into the Leinster family.”

Gary Ryan, Managing Director of Energia Retail said, “Donnybrook is a field of dreams for rugby players past, present and future. It’s the starting point of many great rugby careers and the home of many thrilling performances in Irish rugby. We’re delighted to be a part of this continuing journey. We’re supporting Leinster all the way and we hope that Energia Park will be a place where new memories kick off for everyone who loves and follows rugby.”

This summer Energia Park will host a number of concerts from performers such as The National, Future Islands and 2FM Live with Jenny Greene and the RTÉ Concert Orchestra, while later on today, Energia Park will host its first ever game when St. Mary’s College take on Blackrock College in the Final of the Bank of Ireland Leinster Rugby Schools Junior Cup.