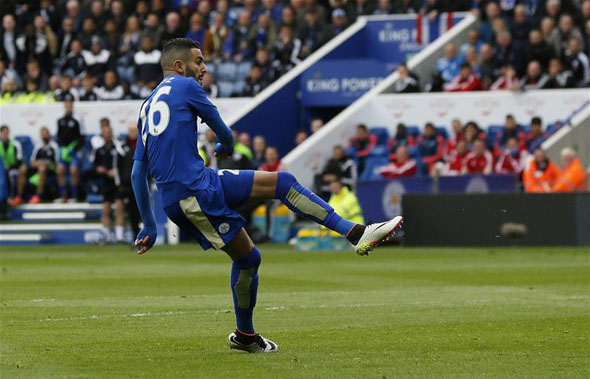 Southampton’s Executive Director Les Reed believes Leicester City’s success this season is the continuation of a trend started by Southampton.

Leicester are just one win away from one of the most unlikely successes in any team sport in history, and Les Reed thinks they saw Southampton’s formula and applied it to their side.

“We like to think Leicester are the new Southampton. I think we started a trend three years ago when we brought in Pochettino – which was bringing in a manager because we wanted to challenge the traditional hierarchy, and we felt there were ways of doing that”

Mauricio Pochettino was key to that plan, and Reed feels Tottenham are now enjoying the rewards of a mentality formed at St. Mary’s.

“We managed to source a manager that bought into that plan, and had what it takes to do that. So it’s no surprise to me what’s going on at Tottenham at the moment.”

Reed often gets asked in rivals’ boardrooms about the secrets of his club’s success; the ‘model’ that Reed and Pochettino worked out was fairly simple, even if the execution was much more complex.

“Don’t take anything for granted, work hard and value the ideas of your people and decide what your vision is going to be. Start there. Why are we here? What’s the purpose? Where are we going to go? How are we going to get there? Then build a strategy from there and make sure everyone is involved in not just building that strategy but delivering it”

For Southampton their goal is now even more clear in the wake of Leicester’s unexpected success.

“We would like to build a club that is capable of being in a position for opportunities that occur – like they have for Leicester and Tottenham this season – so that we are in a position to break through that glass ceiling into Europe and the Champions League and that we have a club that is ready to do that.”

And how that strategy looks on a football field is simple enough.

“Let’s forget the status quo, let’s forget how it’s meant to be. Let’s go and attack, let’s try to beat the big clubs. let’s attack everybody. We had a very good season doing that, I think one or two other clubs looked at that and said ‘You know what we can do that’, and Leicester were one of them.

“When they survived relegation they looked at it and said, ‘You know what, we don’t want to be down there anymore. Why are we so worried about this? We’ve just proved it with a nine game run. If we can start the season like that, then why not?.”

“You look at West Ham, you look Stoke City, there are a few clubs saying ‘why not?’ I think that is challenging the status quo and I find that really exciting.”

Perhaps the disruption isn’t just limited to the digital world, and Southampton and Leicester represent the new wave of football clubs disrupting the traditional powers all driven by Les Reed’s powerful challenge: