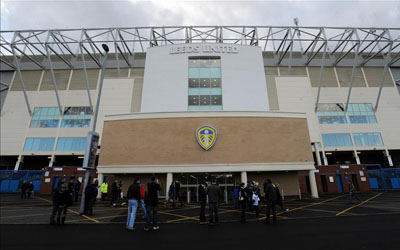 Leeds United owners GFH Capital have sold a 10% stake in the club to the International Investment Bank (IIB), based in Bahrain.

It had previously been reported that the owners were looking to sell the Championship club completely, just months after buying them, but GFH denied this.

Now they are recruiting ‘strategic investors’ to help boost the club’s finances and promotion back to the Premier League, where Leeds have been absent since 2004.

David Haigh, deputy chief executive of GFH Capital, said: “The introduction of IIB is in keeping with what have always been GFH Capital’s aims for the successful, sustainable and long term ownership of Leeds United FC.

“We believe that a consortium of like-minded investors provides the best ownership model for a club which belongs among the elite of English football clubs and global sporting brands.

“It is our aim to provide the finance and the stability to enable the club to complete that journey as soon as possible.”

IIB chief executive, Aabed Al-Zeera will join the board of Leeds City Holding Limited and GFH expect other investors to join soon.