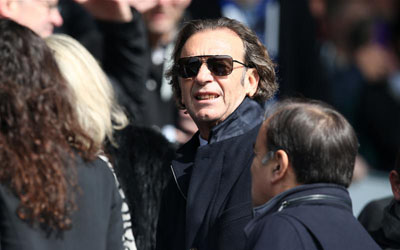 Cellino revealed the latest deal just 24 hours after announcing that the sale of the Sardinian club to an American investment group had fallen through.

Fluorsid is a chemical company based in Cagliari and owned by the Giulini family.

“The Americans were trying to lengthen the negotiations and needed another 90 days,” Cellino said to Sky Italia.

“I have accepted to sell the club to Tommaso Giulini, who was up to last year a member of Inter Milan’s administration council.

“It should all be completed very soon. I wish him all the best.

“Now my heart is with Leeds and all my work and energy is for Leeds.”

Reports in Italy claim Cellino has accepted an offer of 45million euros, a figure that is much less than the 80million euros that had reportedly been agreed with the unnamed American group.

Cellino purchased Cagliari in 1992 and had been looking to sell the Sardinia-based outfit since acquiring a 75 per cent stake in Leeds earlier this year.

Cagliari finished 15th in the Serie A standings.