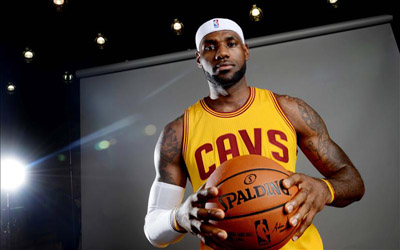 The Cleveland Cavaliers small forward partnered with the car brand to be the ambassador of its new luxury sedan, the K900.

Kia is a major sponsor of the National Basketball Association, entering its eighth year as the official vehicle of the NBA.

“They’re also the title sponsor of the NBA and they did a lot of great promoting as far as the game,” James said before Cleveland played the Indiana Pacers in Cincinnati on Wednesday. “And me being one of the top guys in our league, to try to promote the game, I thought it was fitting.”

As part of the deal, James will be used in television adverts already produced.

“It was a great call to get,” Tim Chaney, vice president of marketing at Kia Motors America, told ESPN.com. “We were not actively seeking another endorser, but LeBron told us, after driving the car around this summer, that he liked it so much, that we decided to partner with him. He brought us instant credibility.”