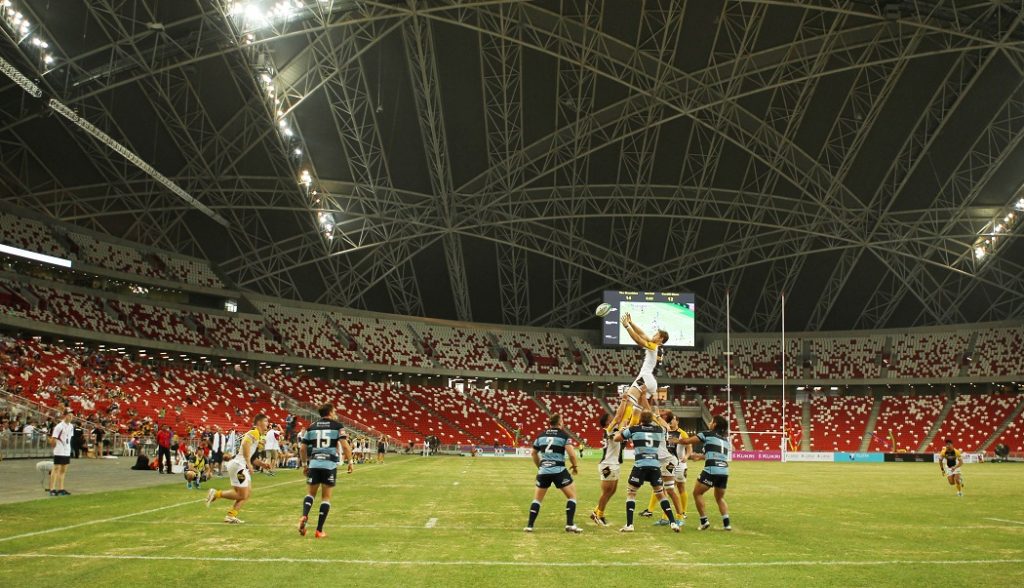 Land Rover have renewed their sponsorship of Australian rugby club Plus500 Brumbies and will continue as shirt sleeve sponsor for the 2018 and 2019 Super Rugby seasons.

Land Rover, owned by British multinational car manufacturer Jaguar, specialises in four-wheel-drive vehicles. The partnership extension is a vote of confidence in the organisation and aligns two brands which are at the forefront of high performance and innovation.

Brumbies CEO, Michael Thomson, said: “We are very happy that Land Rover have renewed their sponsorship of the Plus500 Brumbies for another two seasons of Super Rugby.

“The support of Land Rover, and our other sponsors, is vital to the club and we are delighted that they have agreed to continue to work with the club for the 2018 season.

“Land Rover are renowned for being the premier off-road vehicle and for having a continuously developing and innovative brand. We share those values at the Plus500 Brumbies.

“These are exciting times for the Brumbies as we prepare for the new campaign with Dan McKellar installed as our new Head Coach alongside an experienced coaching set-up and a vibrant playing group.”

Tim Krieger, General Manager, Communications and Public Relations of Jaguar Land Rover Australia added: “Land Rover are delighted to be extending our successful partnership with the Brumbies which began in 2011 and we look forward to building on this throughout the upcoming season and into the future.”